Just a Slideshow of pictures from the event. Went there with a few friends and watched the cops play on the motorcycles for a couple hours. It was nice - some of these guys do have some good low speed skills! You could however, smell the burning clutches and there were a lot more dropped bikes than I captured. The Harleys just layed over - the BMW's scraped the asphalt pretty good! No problemo - just taxpayer money. :) 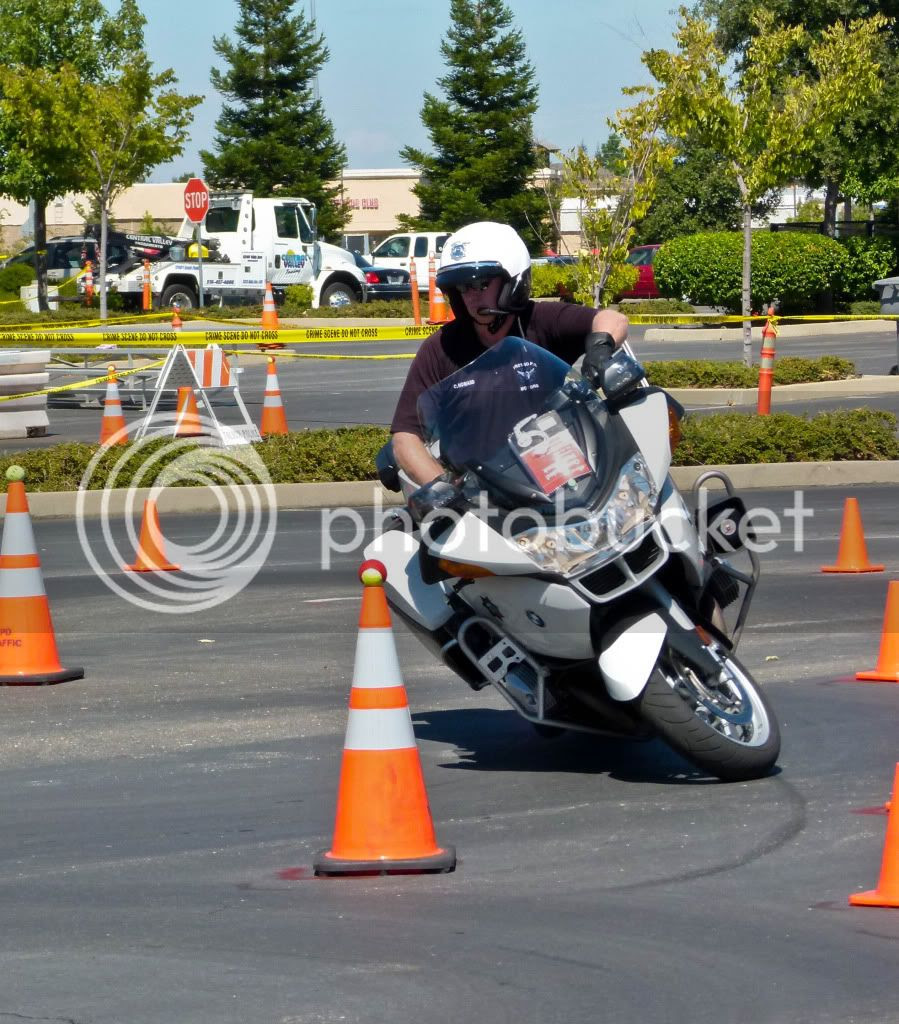 Email ThisBlogThis!Share to TwitterShare to FacebookShare to Pinterest
Labels: Other

The Good, The Bad and The Ugly Rally, Big Sky, Montana.

This is the report which was supposed to be inserted in between the ride reports to and from Big Sky, Montana. It was a beautiful and breathtaking ride through Idaho and Montana to get to Big Sky. That report here - Enroute to Big Sky.
I have finally gotten around to writing about my experiences in the rally itself, but as the saying goes - "You save the best for the last!".

I look back and muse that this rally almost didn't happen for me. Other than the fact that I got very sick just a couple days before we were to leave for the rally, for the longest time I was not really sure riding 1000+ miles in a day was something I was ready to do. Add to that riding 1000+ miles in a day while hunting and collecting bonuses - Ha! Yea that was happening all right!

I will readily admit that I am a touring and stop for pictures kind of rider, although I have done many 700+ miles days. Do you know the find the best sights, the best angle, the best light and take dozens of pictures per stop and stop often for pictures type? Yea - that's me! Having said that, doing a Saddlesore 1000 was something I had been wanting to do, riding in an endurance rally was also on the long list of things to do (call it a bucket list). I never thought I was going to do both in one day!

It all started unfolding on June 1st as I exchanged a few words with the Rally Master, Bob Torter on his birthday and he invited me to come on up to Montana and have some fun! I then started scouring the LD Forums for information on how to condition myself mentally and physically for endurance rallies, also talked to my mentor Brian R. for his advice and we figured we could ride together and pick one of the "Good" routes and modify it to suit what we wanted to do. Since the bonus listings were emailed a week in advance, we already had a route planned before we left home, the goal in mind being to finish a successful SS1K and get a ride certificate from and photo op with IBA President Mike Kneebone. :)


Arriving at Big Sky it was great to see the smiling faces of friends and to get handshakes and hugs from some great people I only get to see a couple times a year. It was also such a beautiful location. From what I heard from everyone it was the most upscale and gorgeous locations for an endurance rally ever and I believed it.