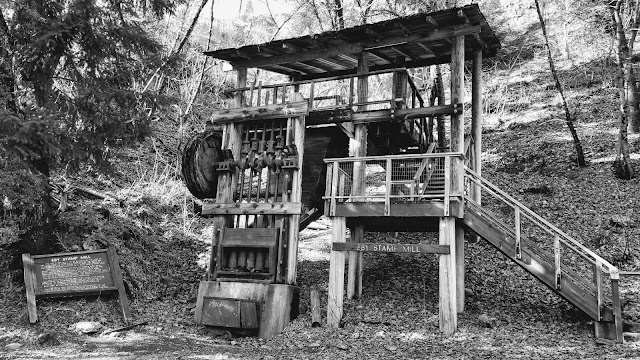 ...and by the Belden power-house. 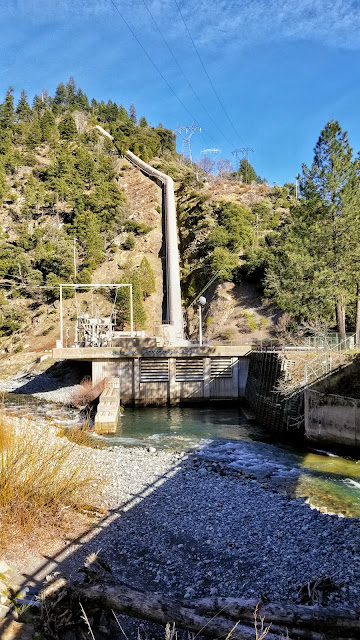 We retraced our steps, and returned to the town of Cherokee, where I had wanted to stop and read this plaque. Cherokee used to be a diamond mine here in the heart of Gold Country.  They used hydraulic mining to wash away entire hill-sides looking for a sparkling rock, but of a different kind. This plaque is encased in some of the rocks which washed away from the hill-sides. If you look closer, you would notice a wide variety of them.

Looked for Pocahontas, but couldn't find her.. 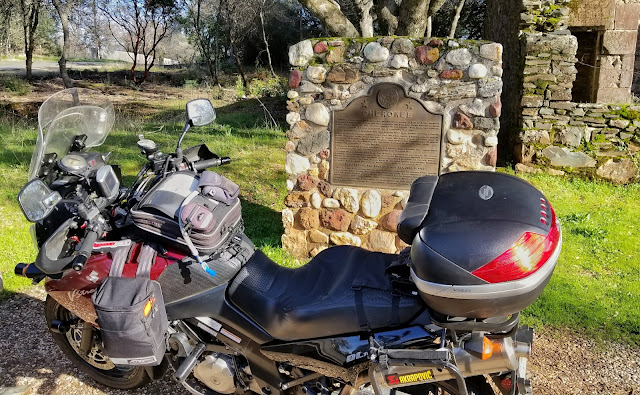 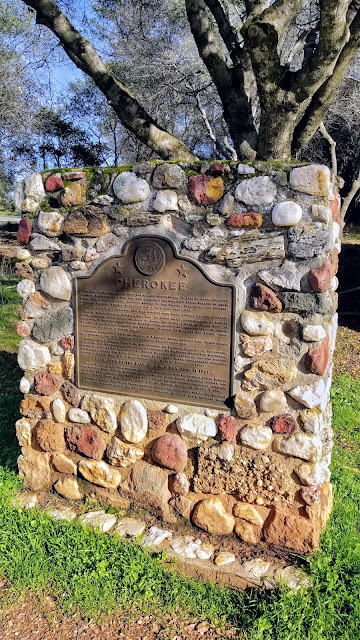 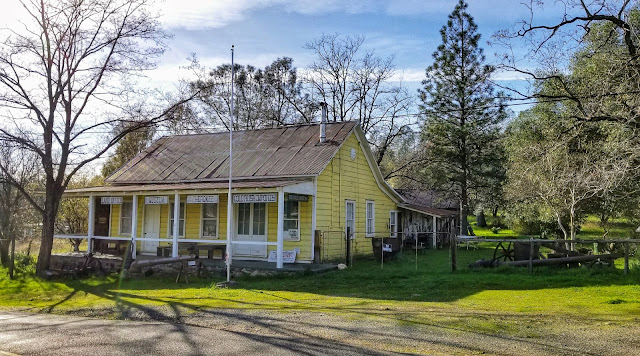 Saw signs for this covered bridge, so had to go find it. Would have been a good picture - but for Doug insisting his ugly mug be in it... 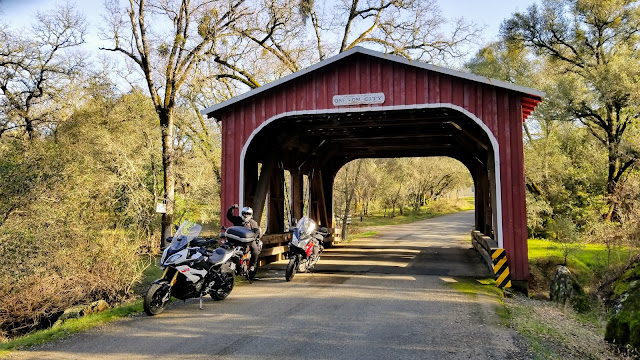 That's all. Didn't check the final mileage for the day, but we rode rough back roads all day long - and were quite tuckered out in the end. The ride back home was a bit of a drag - and I was tired... but made it home safely!

See ya'll later!
Posted by Puppychow at 6:23 AM