tl)
adj.Of or relating to the countries of the Occident or their peoples or cultures; western.
n.A native or inhabitant of an Occidental country; a westerner.

I have always been amused whenever I heard the name of this California town. So when Mike suggested riding to Occidental for lunch - I jumped at the chance. We have also been fortunate enough to have a little break from the soggy weather in Northern California this week. The cherry on top was supposed to be Saturday (01/15) with sunny skies and temperatures in the 60's. With that in mind, it seemed like a perfect opportunity for a ride to the always breathtaking California coast line this Winter, with an Occidental lunch break.

I met with Mike in West Sacramento @ 9AM for a Clutches out at 9:25AM. The forecast for the Sacramento Valley was clear sunny skies with a high of 64.
Hmm, well, maybe not at 9:25AM. I was hoping this wasn't a harbinger for the rest of the ride this day. The fog was dense, but not as dense as the fog which kept building up inside my SHOEI Multitec helmet. My helmet was fogging up in this weather even with the vents open - cracking the shield open and wiping off the condensation periodically seemed to be the only recourse. 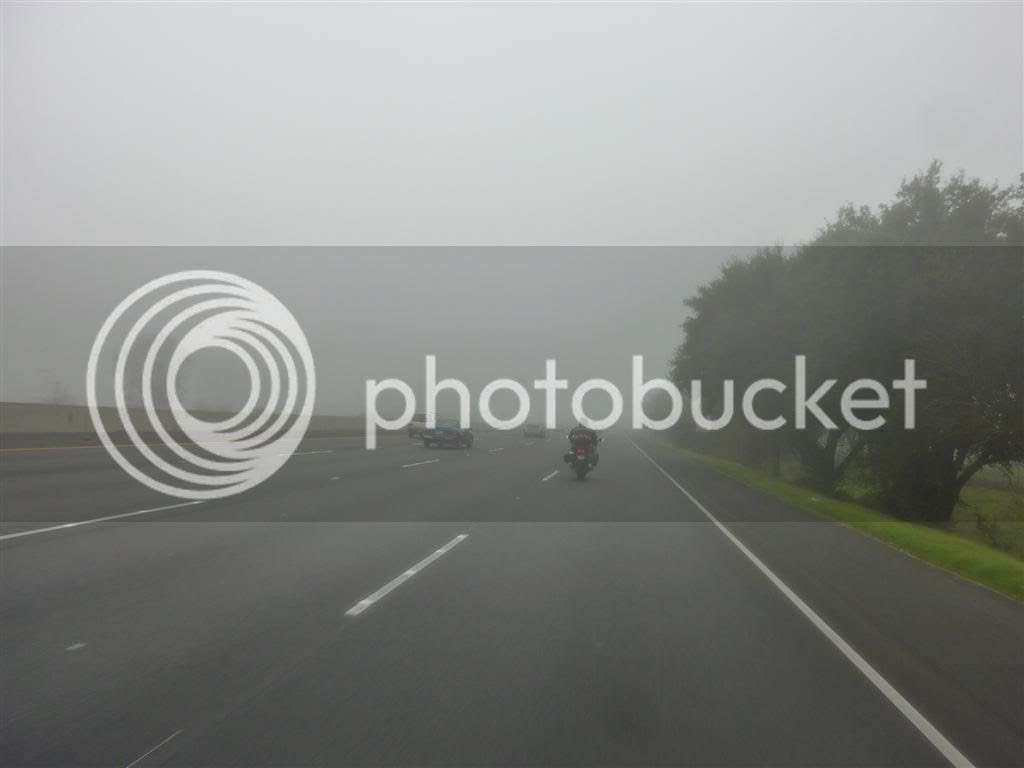 We were soon exiting the freeway in Davis and rode on Russell Blvd. to Winters. 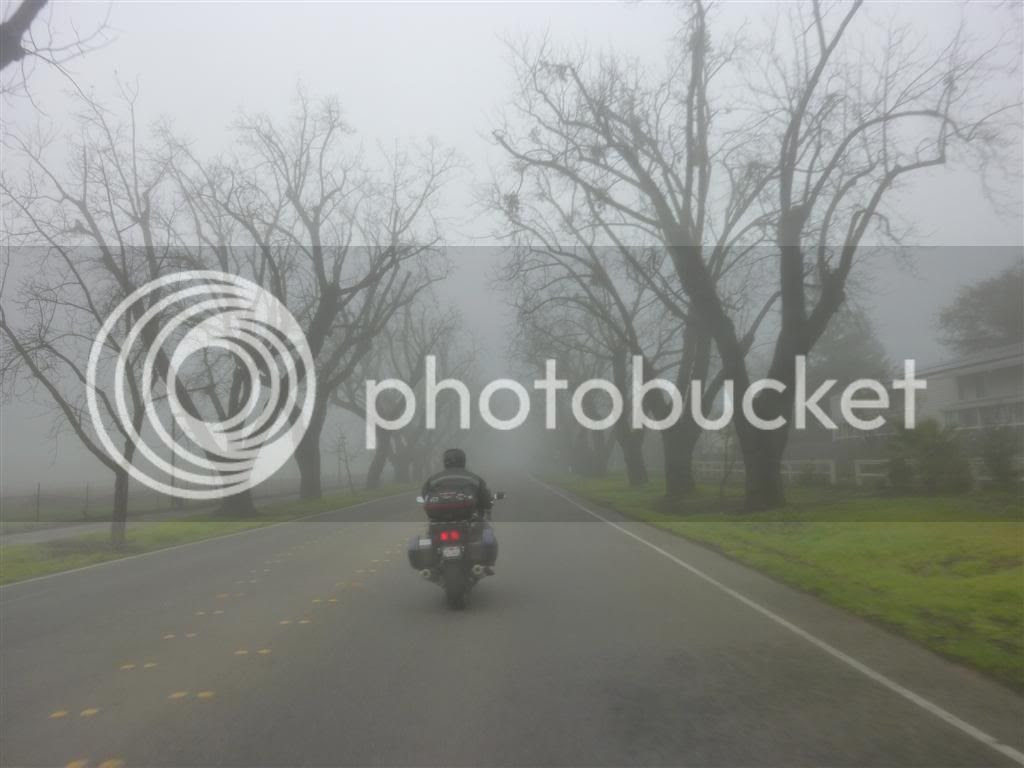 Fortunately for us the fog cleared just west of Winters, CA. It felt symbolic to leaving Winter(s) behind and being rewarded with basking in the sunshine! We caught Hwy 128 from Winters and along the way Mike remembered he had always wanted to stop and see the "Putah" along the way.
According to Wikipedia - Putah Creek is a 70 mile long stream and a tributary of the Yolo Bypass. The origin of the name "Putah" has been the subject of some discussion and speculation. It was originally called "Arroyo de los Putos" (1844) and "Puta Creek" (1845), but the "Puta" form was rejected by the United States Board on Geographic Names, likely because of the resemblance to the Spanish puta, meaning whore. Some consider the resemblance to be "purely accidental". "Puta wuwwe" may also mean "grassy creek" in native Miwok.

It was a very photogenic Putah to say the very least. In sharp contrast to the puta's in Nevada that RenoJohn seems to visit. 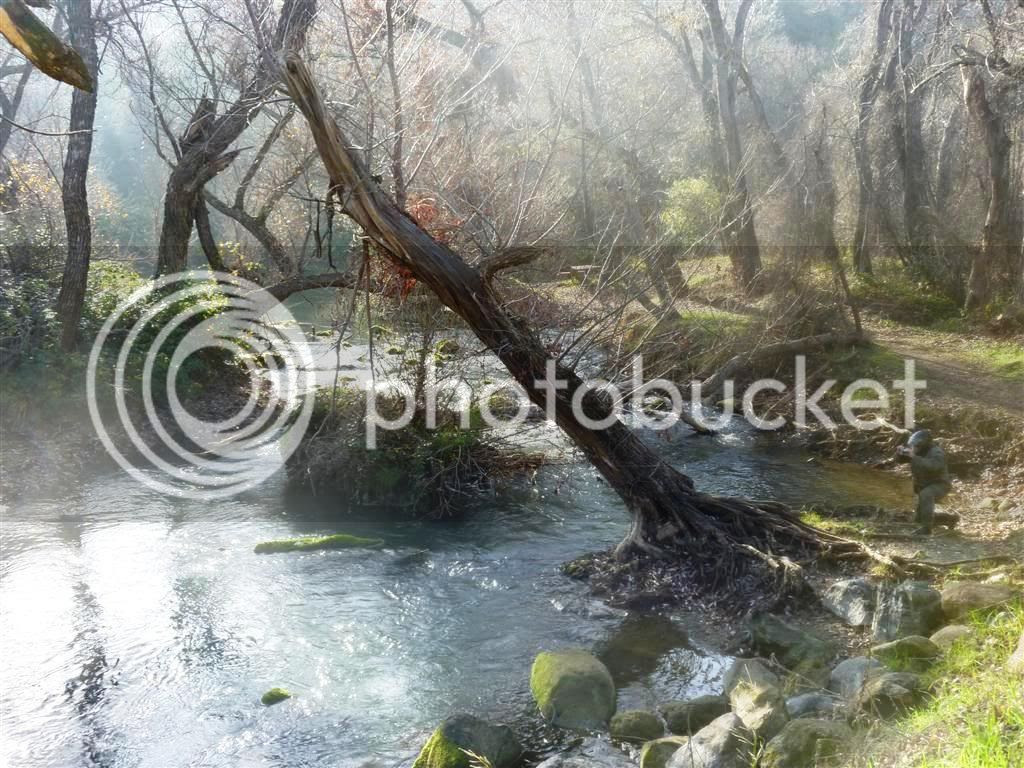 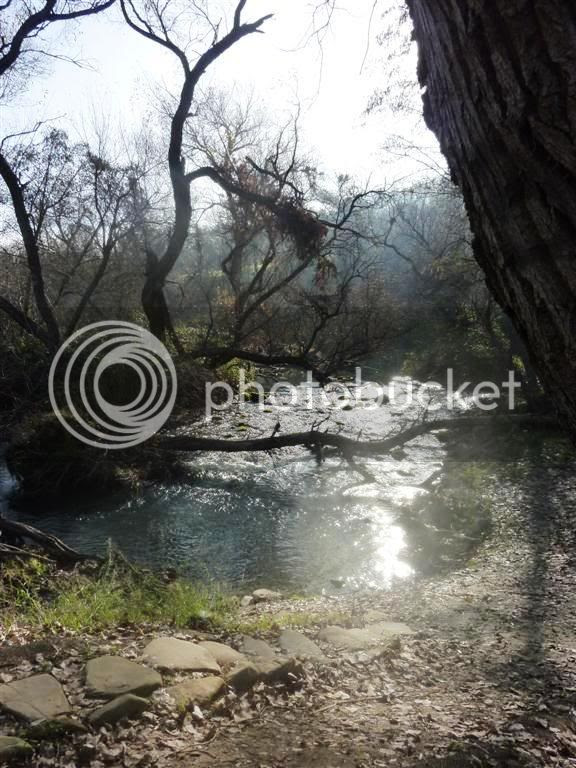 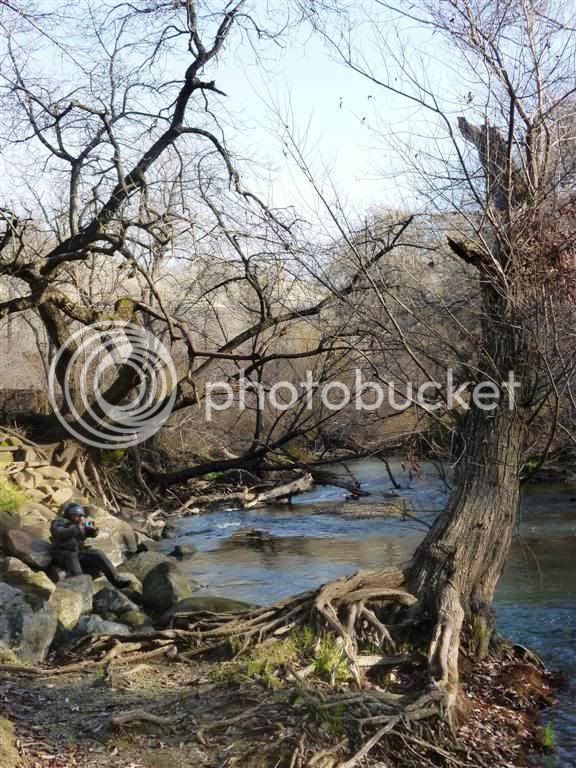 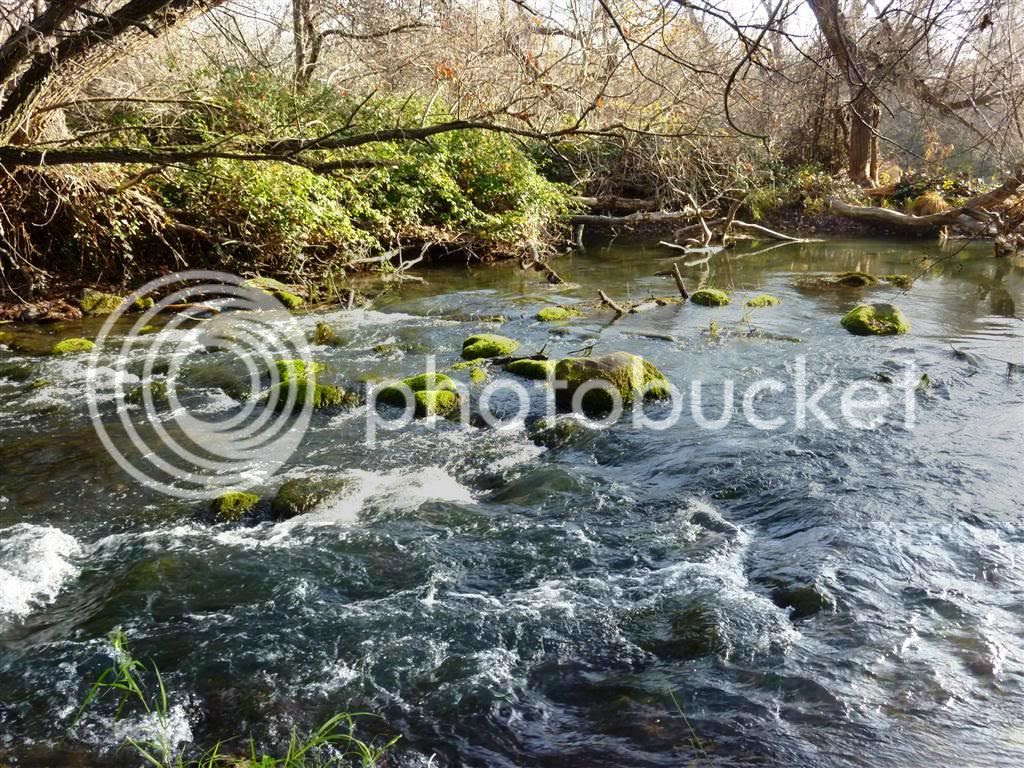 From here we rode straight to Calistoga, Mike had signaled me to pass and the couples of times he vanished from my rear view was to stop and take some pictures. I did wait for him when I could pull over safely. In Calistoga - he once again pulled the disappearing act on me, so I turned around to look for him and found him at the Calistoga Mineral Water Co. Mike says he used to drive water tankers to this facility back in the day. I also got a history lesson on the legal definition of bottled "spring" water.. 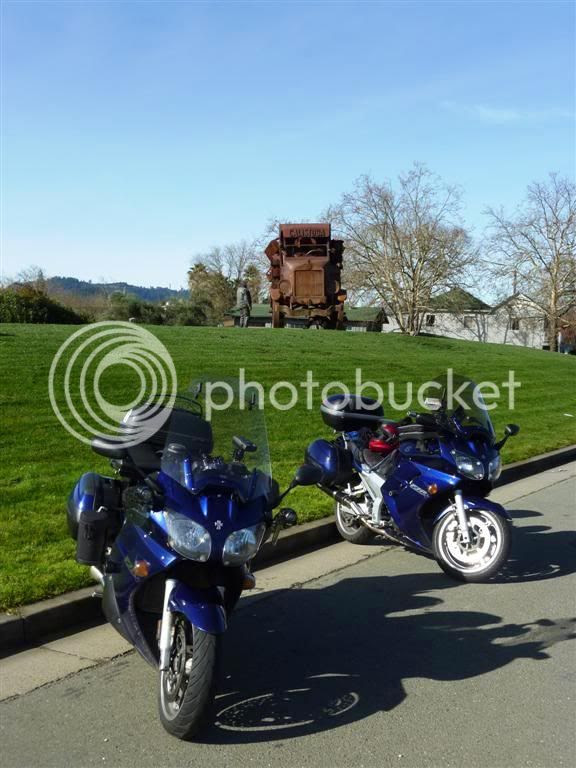 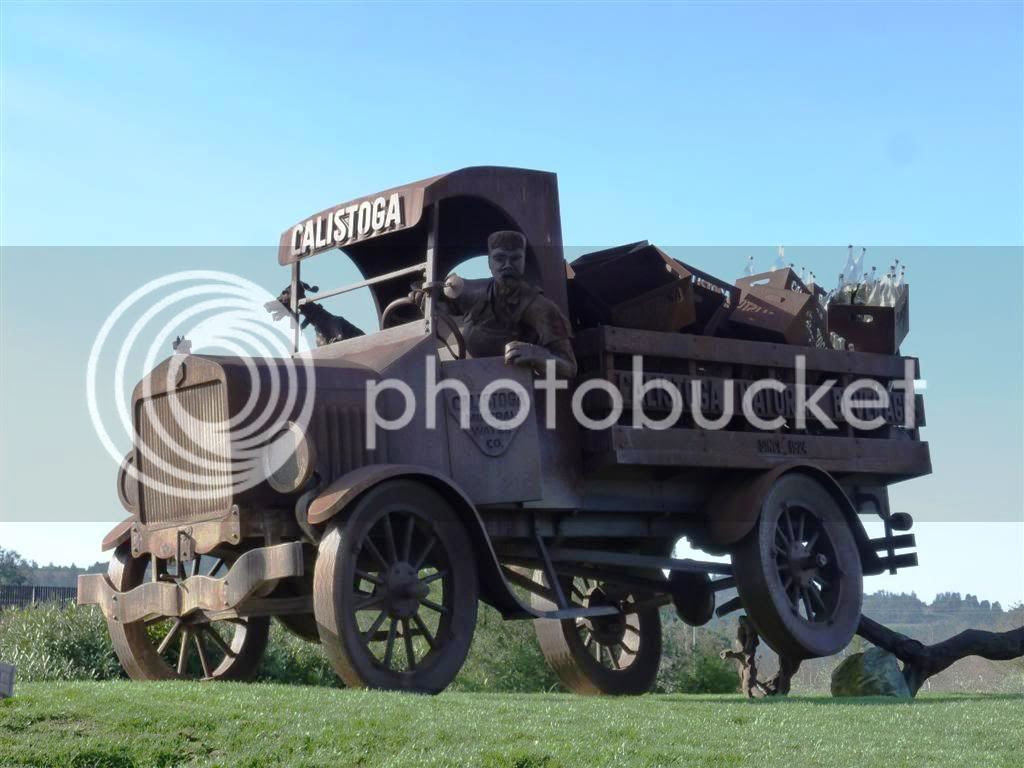 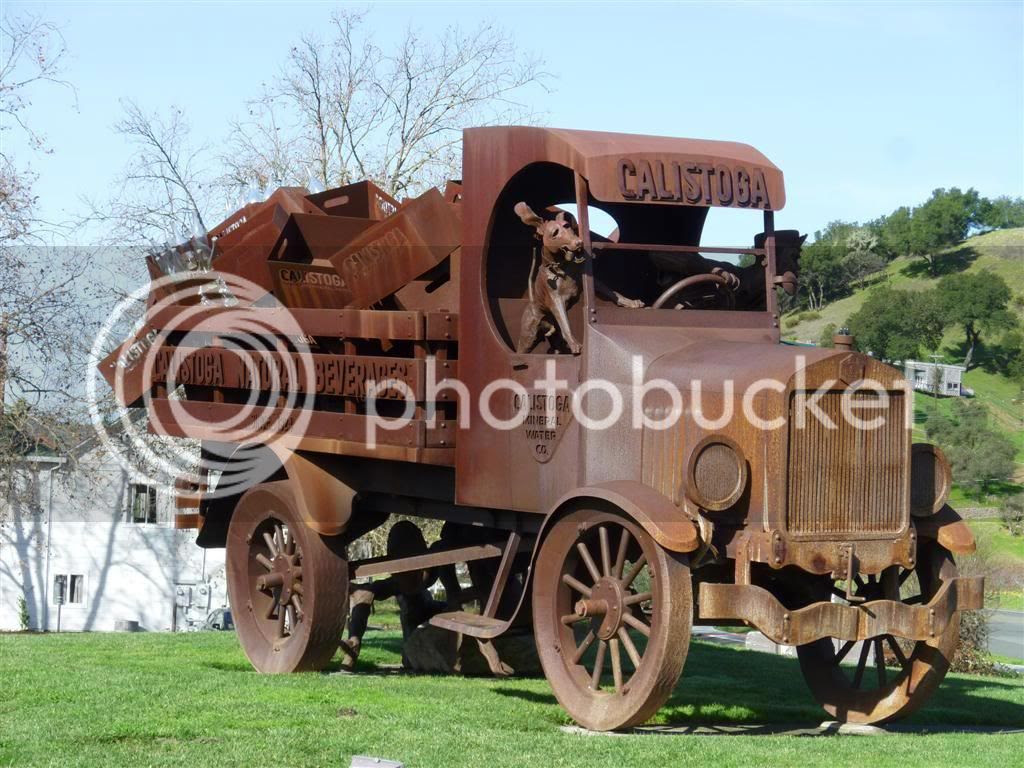 From Calistoga, we took Petrified Forest road towards Mark West. The roads were wet and slick in some sections due to being in the shade most of the time, we were taking it easy, this was not a sprinting day - more of a touring type of riding day, passing many a winding road, vineyards and picket fences.... 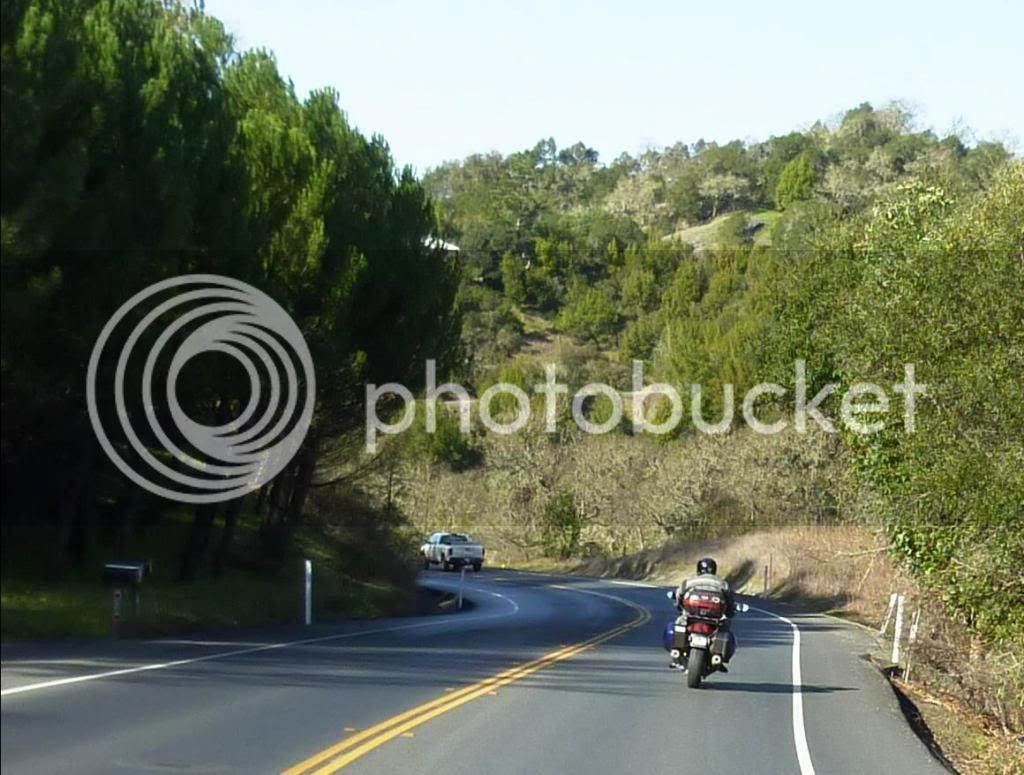 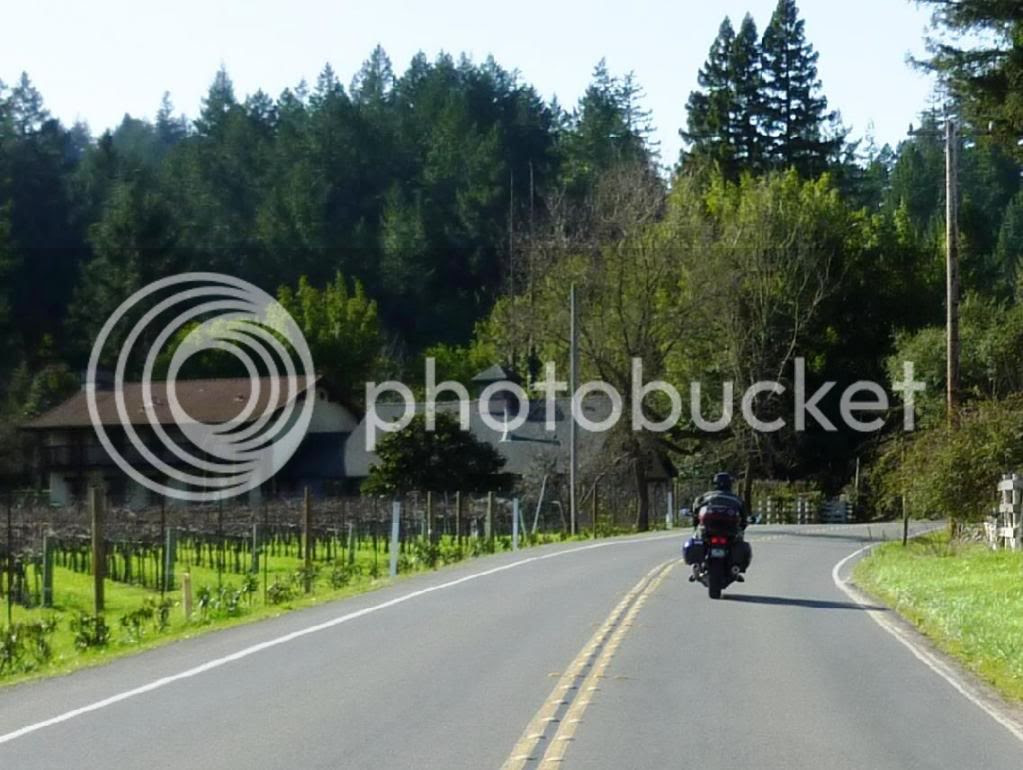 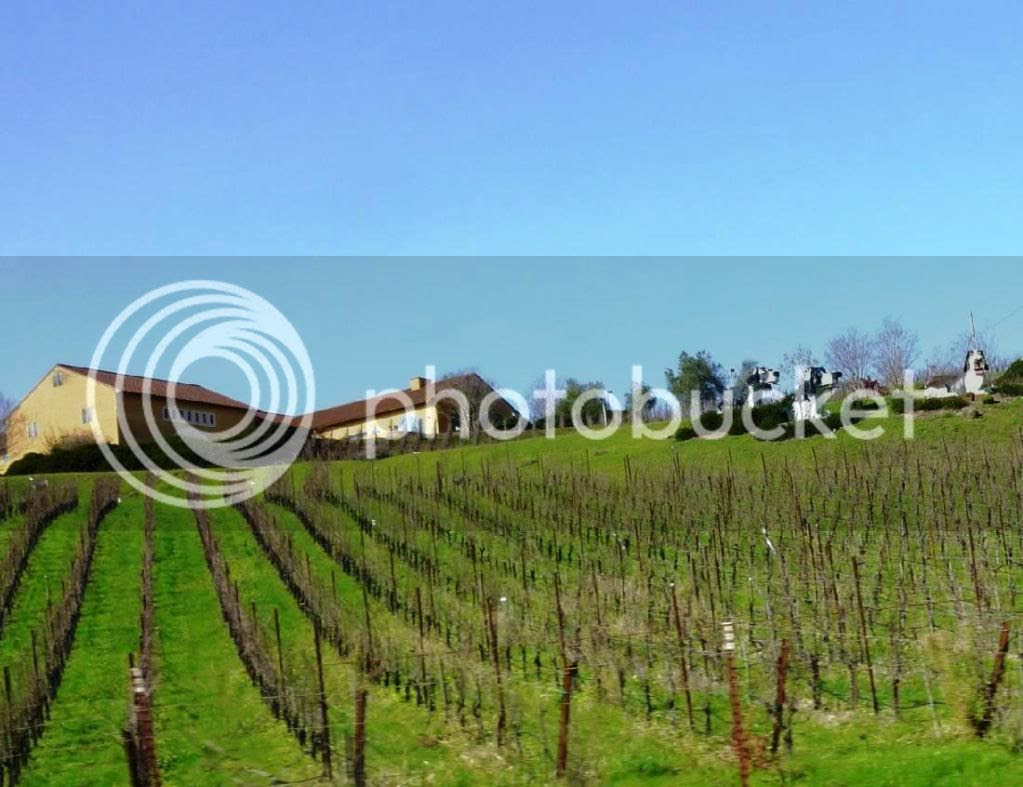 ... before we made our way to Occidental.

Mike had great things to say about the Union hotel and restaurant and the food albeit $$$ did not disappoint. The minestrone soup was served family style and it was excellent! The salad was fresh with a tasty vinaigrette dressing. Mike ordered the Chicken Cacciatore and I ordered the Lasagna. It was way too much food for two people to eat in one sitting. We both got half our food boxed to go. Mike has pictures of the food, I might have to ask his permission to steal those pictures to add to this report.

The Union hotel in Occidental, CA. From what I hear from Mike, the town hasn't changed much or lost its small charms from when he used to visit with his family when he was a kid. 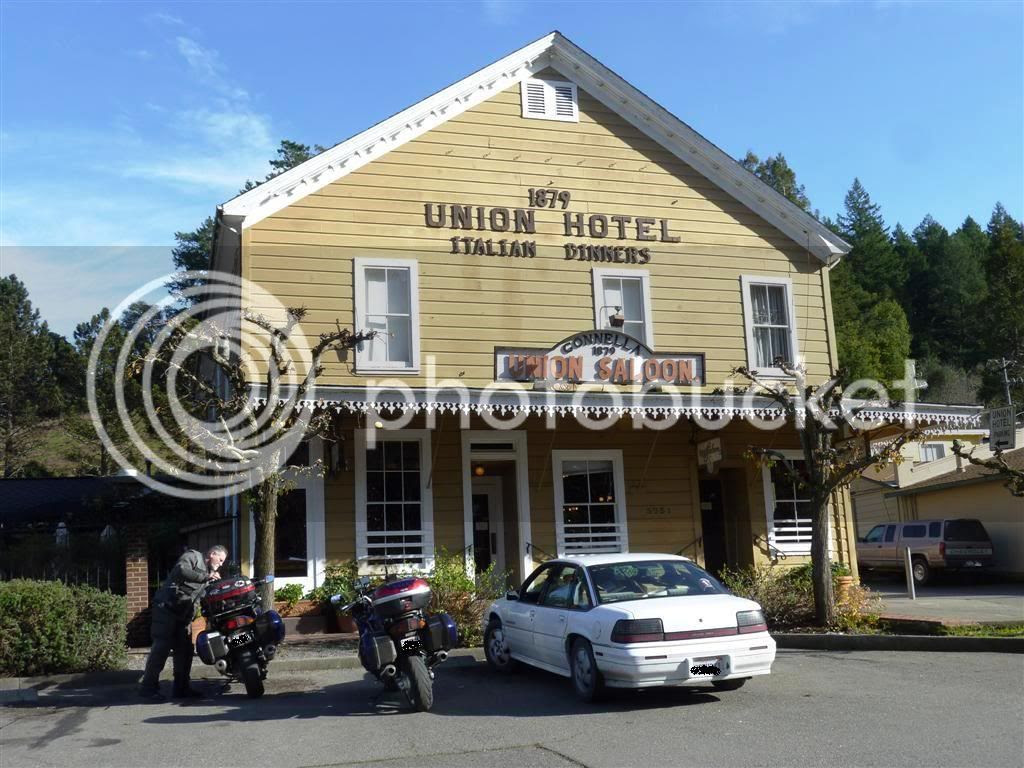 After a hearty lunch we headed towards the coast, riding through the town of Bodega - where Alfred Hitchcock filmed his movie "Birds". We pulled into a side street to take a picture of the St. Teresa of Avila Church in Bodega, featured in the movie and the nearby Bodega schoolhouse which was the setting for the schoolhouse scene in the movie. 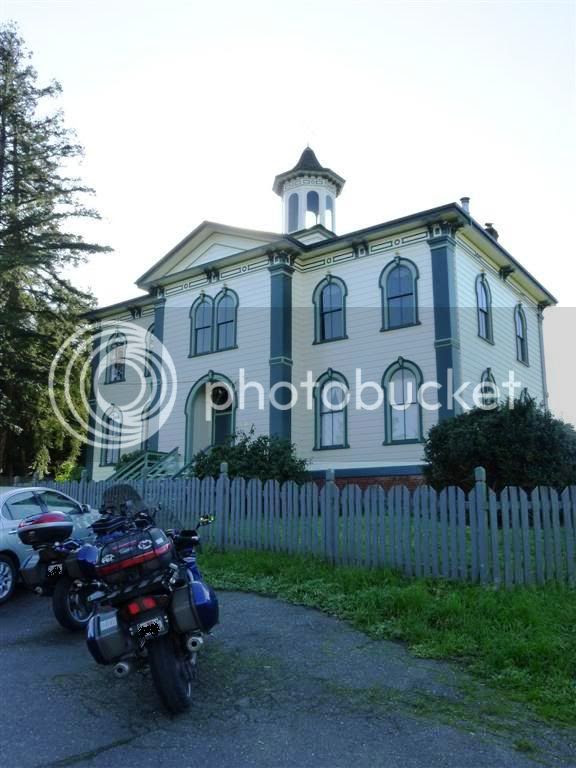 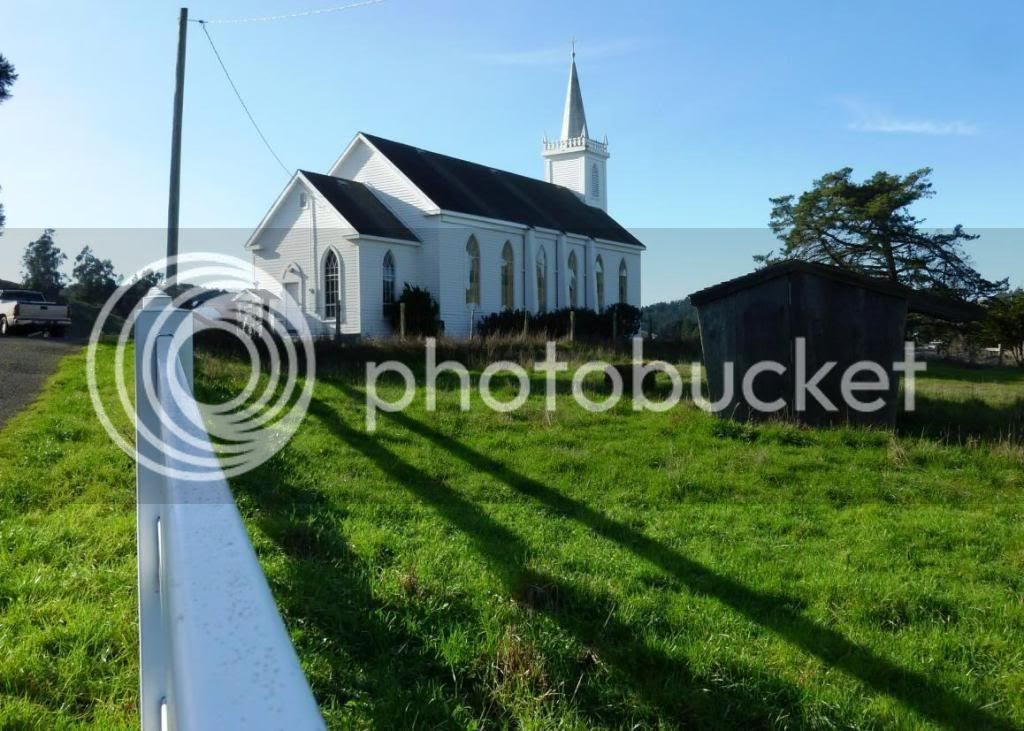 From here we rode the Bohemian Hwy to the Bodega Hwy, leading us into Bodega Bay. This was a beautiful day to be at the beach and the beach parking lots were packed considering that this is in the dead of winter. The soft radiant sun, the cool Pacific breeze and good visibility for miles - indeed what better day to be at the California coast? 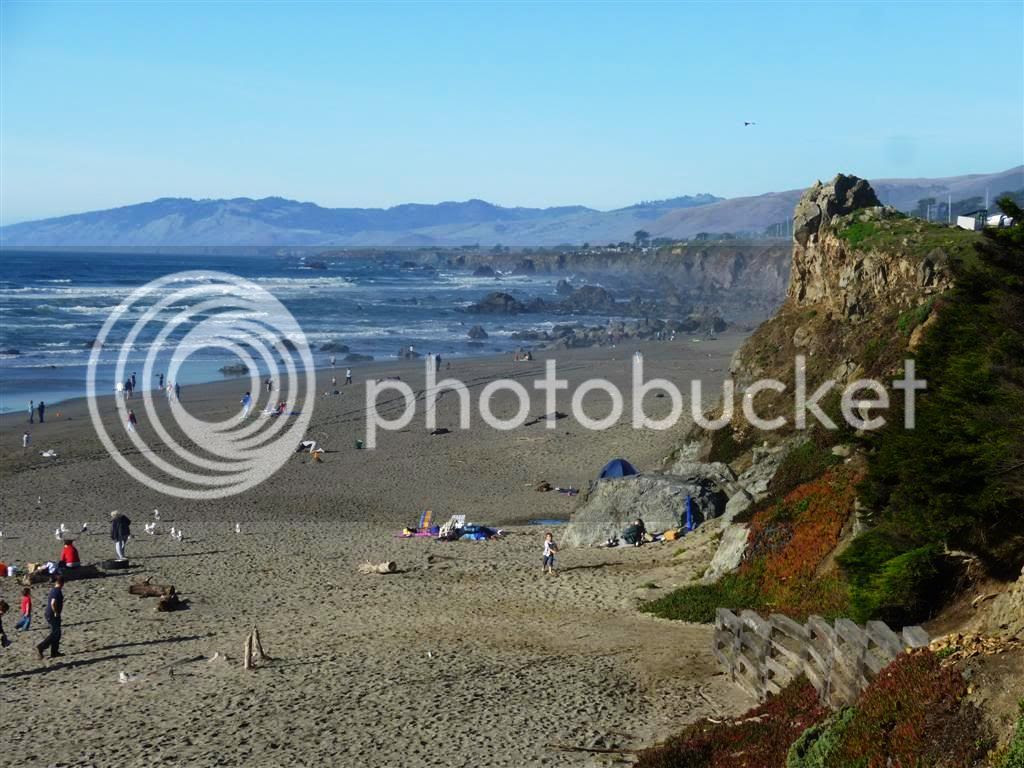 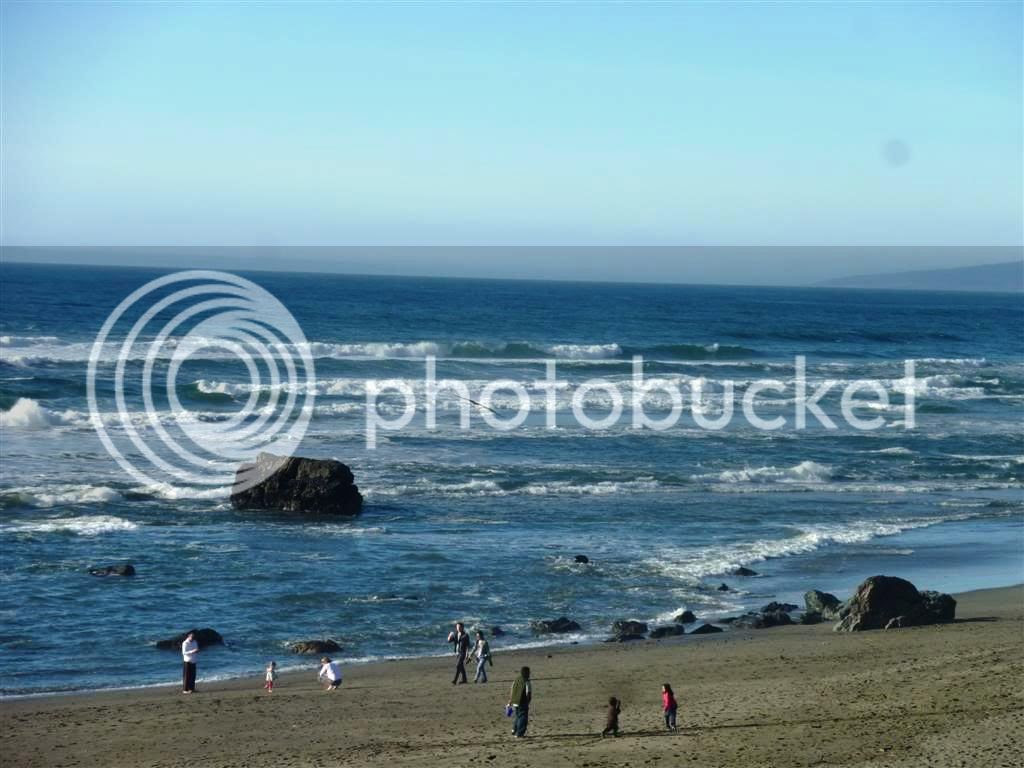 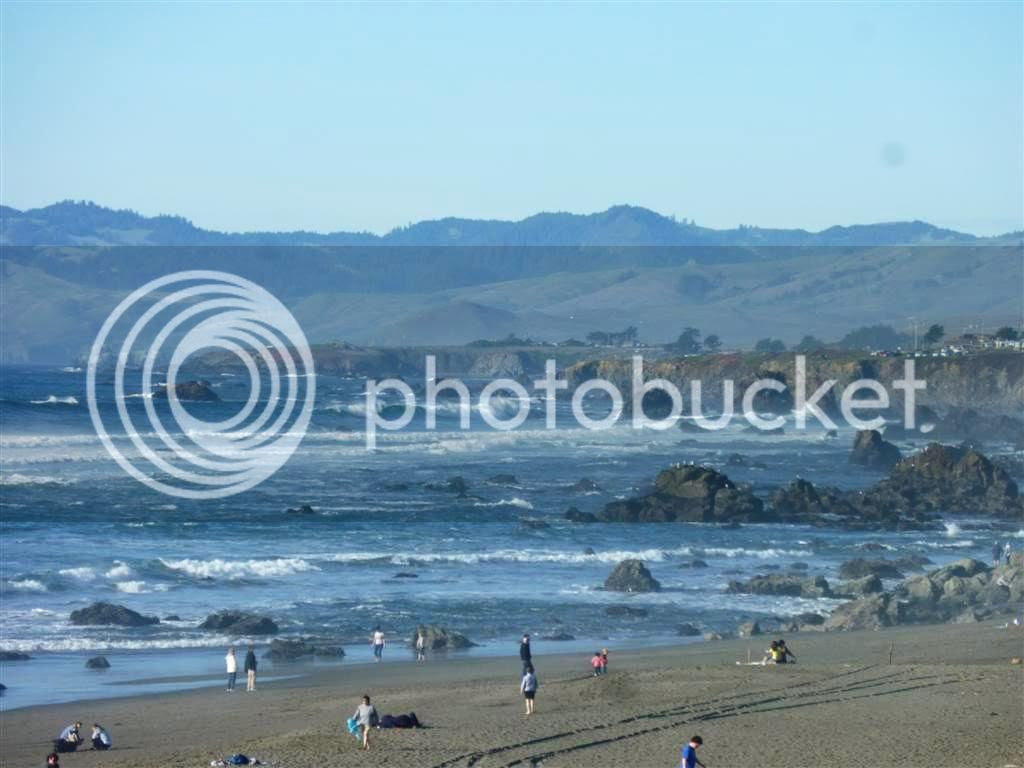 The coastal beauty had me sailing high as a kite.. 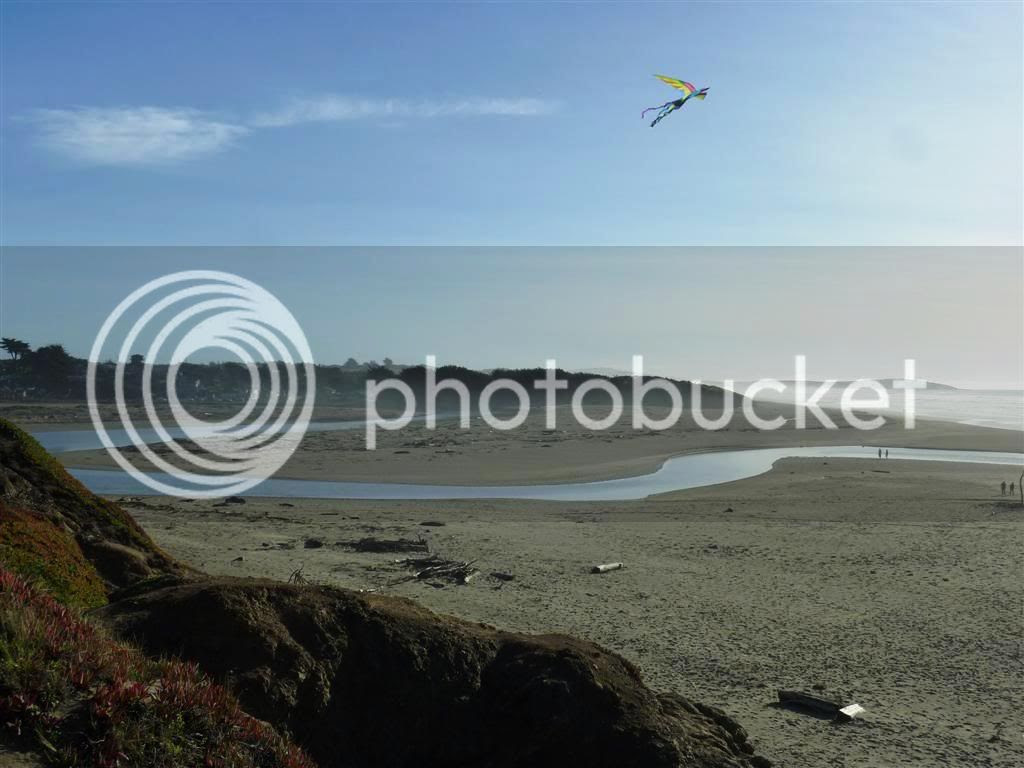 It was well into the afternoon as we waddled up the coast in traffic to catch Hwy 116 which would lead us into Guerneville. I was snapping some pictures along the way, but the hearty lunch had slowed me down, the fast approaching dusk was also in my mind as we embarked on our return journey. 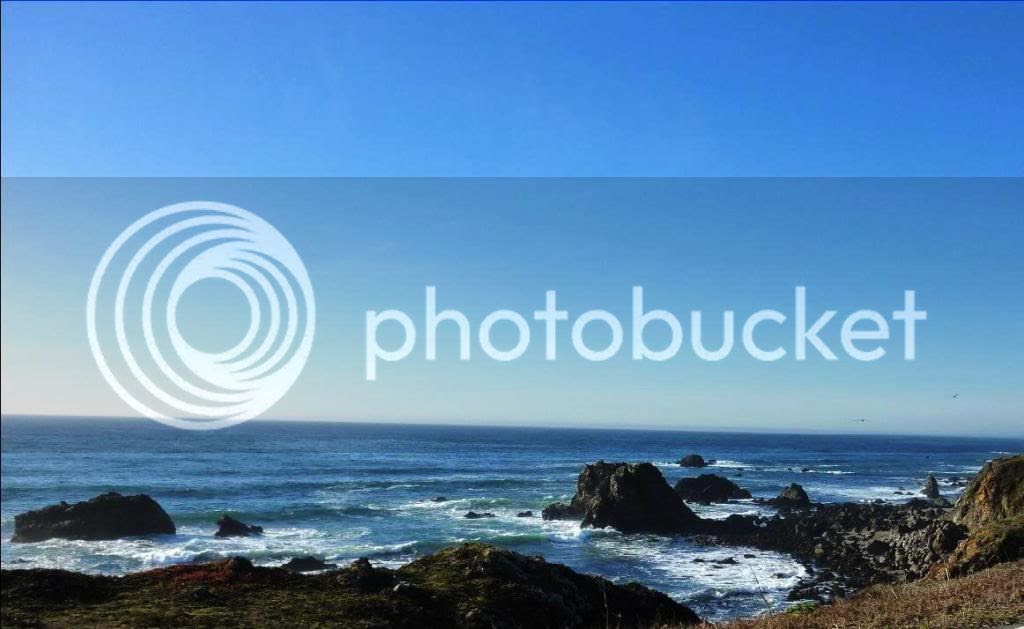 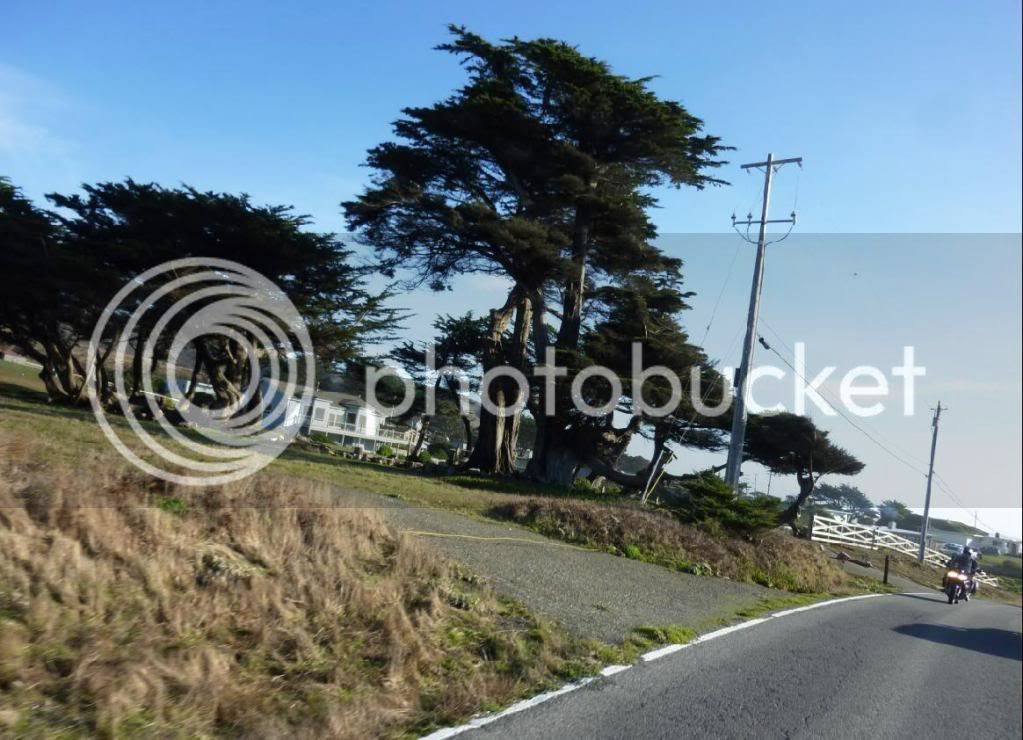 Snapped a picture of the Russian River before turning right on Hwy 116. It was a moving shot, so it had to be cropped.. 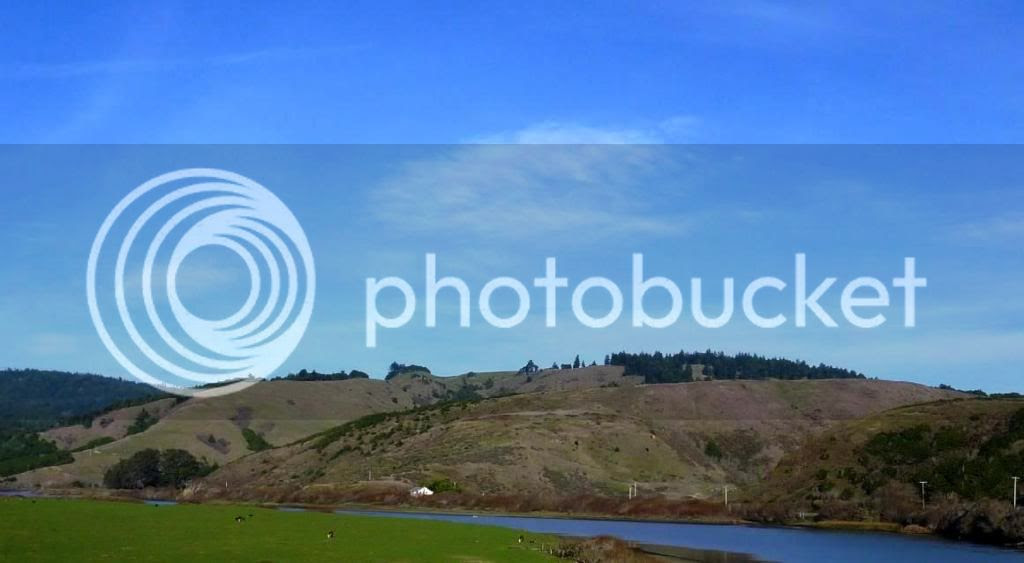 We were soon retracing our steps from earlier in the day as we rode back towards Calistoga. This time I managed to take a parting shot at the Mark West Lodge & Gardens, the site of many a well heeled wedding. 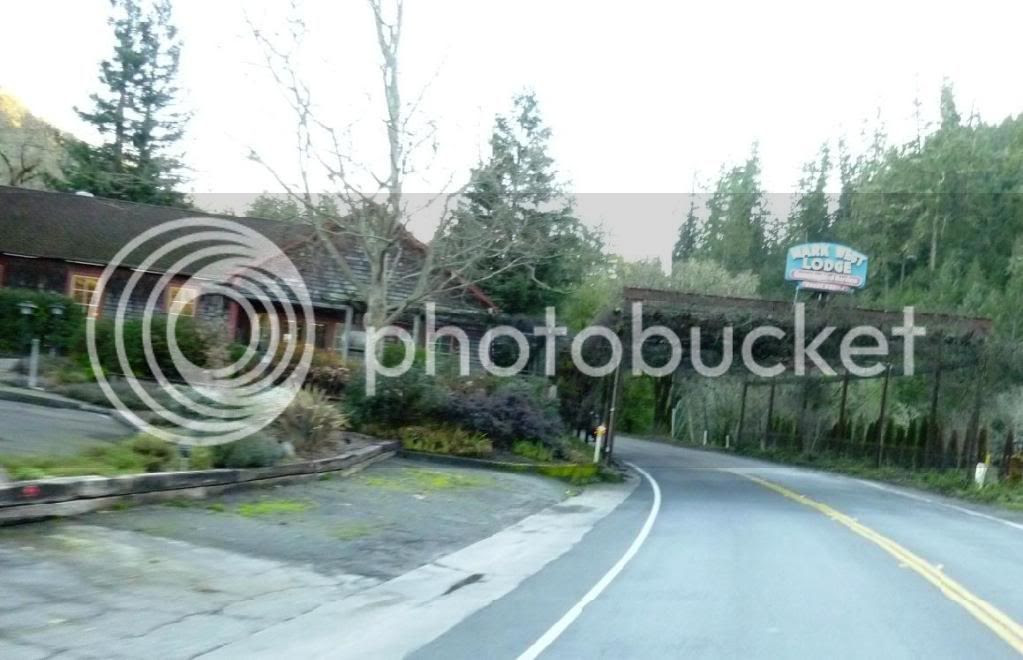 Last pit-stop was back in Winters. Where Winter caught back with us. It appeared as if the fog had never left. There is also something in this picture that you don't see much of these days. 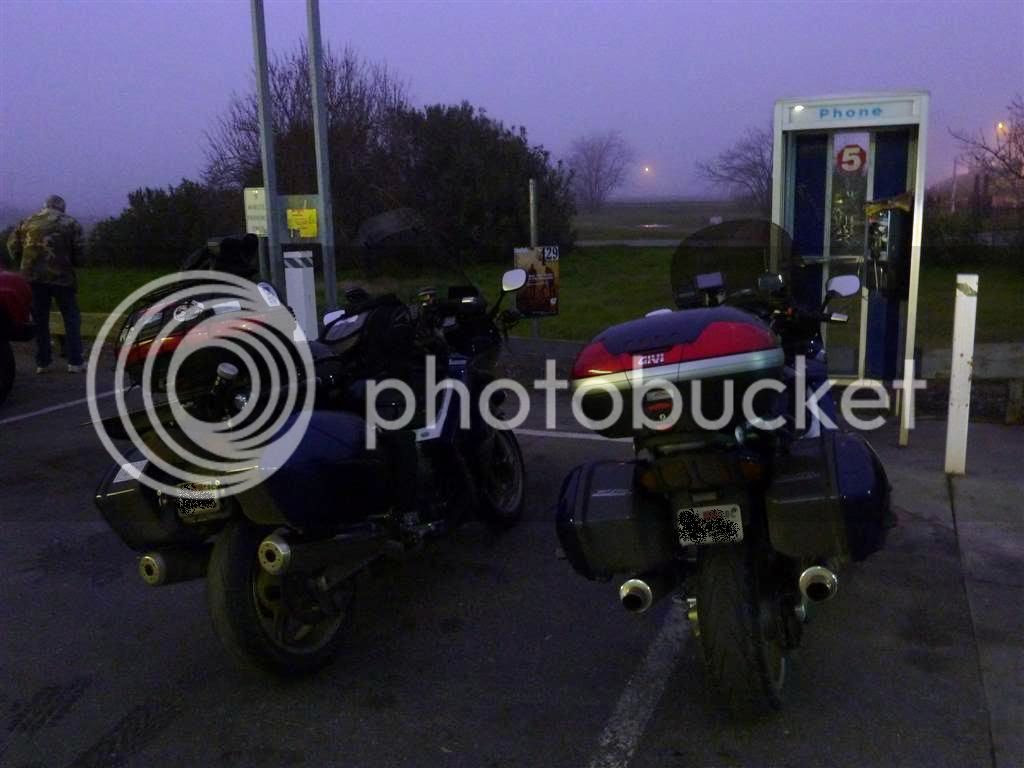 From here I followed Mike back through Davis to I-80 in mostly pitch blackness and heavy fog pierced by our headlights.

Our brief interlude with what appeared to be Spring for a few glorious hours that day was over for now..
Posted by Puppychow at 9:45 PM

Email ThisBlogThis!Share to TwitterShare to FacebookShare to Pinterest
Labels: Cal Coast, Nor Cal